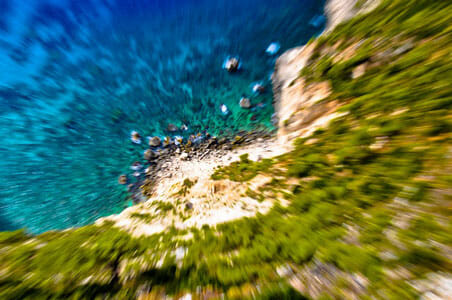 Fear is a central element in every anxiety disorder, and OCD is no exception.

Actually, in obsessive disorders the fear is so extreme that the central nervous system of the person hasn’t found any other way to deal with the stress other than to repeat certain thoughts and ideas (obsessions), and in the most serious cases, to repeat and ritualize behavior (compulsions), which serves the function of reducing/neutralizing the fear caused by the thoughts.

In some cases the compulsions become near automatic, to a point where the person simply feels a compelling need to perform a certain action, without even noticing the anxiety or obsessive thought that preceded the ritual. However, even though this happens: the fear, more or less consciously, is always present.

Fear is the key

When we explore the fears in a case of OCD it is very important not to focus on the tip of the iceberg, but to identify in time what the vital fears of this person are. What I want to say is that the fear of hurting somebody, to become contaminated, to be homosexual, to be a pedophile, to be unlovable, always hide a series of less explicit fears which have been recorded in the unconscious of this person through various events, but are still affecting them in the present.

Even though it is true that a certain genetic predisposition exists, this is not the main reason OCD develops. People who suffer from OCD usually have been through a series of stressful environmental circumstances throughout infancy and/or adolescence.

During the therapeutic process it will become very clear to the patient how their personality has been shaped according to the fear they experienced in those circumstances, sometimes even without being aware of it, and how this has caused a suppression of the instinctive components of the true “Ego”, which got replaced by a extremely cautious, critical, accusing and perfectionist “Superego”.

The importance of exploring fears

In IPITIA, when we employ the Analytical – Experiential method (developed by Damián Ruíz, director of the center), we dedicate various sessions to the origin of these profound fears and to identifying those instincts, drives, pulses, and parts of the personality which haven’t been able to express, integrate and develop themselves because of the constant fear.

The activation, liberation and integration of these parts are the underlying processes which cause the Analytical – Experiential method to be effective. This is why the Analytical – Experiential method is not just based on psycho-education about how to manage its symptoms, but on a true personal transformation, which requires implication, risk-taking, and courage, the courage necessary to overcome fear: the only way to overcome OCD.

The meaning of OCD