Panic Disorder, panic attacks and the holistic point of view 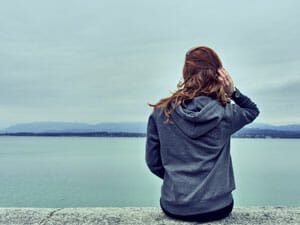 Panic Disorder, panic attacks and the holistic point of view

Ever since its early beginning, our health system has felt the need to categorize all problems that can affect the human body, in order to study them and cure them.  In psychiatry we find the same need, which has led us to label psychological problems as to encounter similarities, differences; in order to understand them better and cure them.

However, the problems that affect the mind are more difficult to categorize than the problems that can affect the body. Profound research has been done with the objective of finding analogies or differences, and this research has sometimes generated some very conflicting points of view, theories and explanations. Moreover, the clinical point of view is always slightly different from the theoretical standpoint. What theory defines a certain way can overlap, blend with other diagnoses and be more nuanced in the clinical practice.

In our blog we have written about panic attacks before, focusing on it as a specific problem. In this article we want to explain the difference between what psychiatrists define as a Panic Disorder and Panic attacks an sich.

The study of Panic Attacks in the Classic Antiquity

Panic Disorder was already described in the 4th century by the Greek Hippocrates of Kos. He defined the symptoms that are typical for this disorder such as a fast heartbeat, feeling like you’re suffocating, suffering from pressure on the chest etc.

Hippocrates included these symptoms in the same category as Hysteria. Under this diagnostic label, which has a large history and has been used up until very recently, he would also include symptoms that resemble Epilepsy, paralysis of the extremities, temporary blindness, loss of conscience and loss of speaking abilities, which would now be diagnoses as Conversion Disorder (or Functional Neurological Symptom Disorder), as well as symptoms that resemble anorexia and pain somatoform disorder.

All these symptoms share the fact that they are changeable and psychological as opposed to physical. In the Antiquity these symptoms were found more often in women than in men. This is why the common label to denominate them was derived from the Greek word usteros, meaning uterus. According to Hippocrates, the cause for Hysteria was that the uterus would wander around the female body and cause symptoms wherever it would stop.

At the beginning of the 18th century, Boissier de Sauvage, used the description Vertigo in order to describe Panic Disorder, but in the middle of the same century the term Functional Neurosis came in fashion. In 1871, Da Costa, a military doctor, described somatic cardio-respiratory symptoms which he defined as Irritable Heart Disease.

The first significative step toward the current pathogenetic description was taken by Sigmund Freud in 1894, when he separated the syndrome from the Neurasthenia, and organized it in a category he called Angst Neurosis. This category is characterized by a more limited and homogeneous symptomatology which included “free and chronic anxiety” (the expectation of anxiety), and acute anxiety characterized by symptoms which are really close to those included in our current definition of panic disorder. In 1980 we finally include Panic Disorder as autonomous disorder within anxiety disorders in the DSM-III.

Panic Attacks in other Psychological Disorders

If it’s true that Panic Disorder is different from other Anxiety Disorders, and other disorders which were previously diagnosed as hysteria, it is still true that it shares the following characteristics with these disorders:

As we said before, the diagnosis of Panic Disorder is not the same thing as having a Panic Attack, an experience that can also occur in people suffering from other disorders, such as Obsessive Compulsive Disorder (OCD).

For now, as we’ve proven in the aforementioned, the clinical experience is different from the theoretic standpoint. Having a panic attack, suffering from obsessive thoughts or a having a phobia are not mutually exclusive concepts, and are experiences that can present simultaneously in a patient at a given moment.

The language of our symptom

In one of our previous articles we have emphasized that symptoms talk, that they talk to us . That is, that our mind uses the body in different ways to express what it has to say. So, in the same way that obsessive thoughts present themselves because they have a meaning, and not just because they are something that happened to us and that we have to take out as if they were a cyst; panic attacks also have a meaning. They signal us a problem which couldn’t be brought to our conscience in another shape.

Sometimes our symptoms don’t only speak to us, but also to the people around us. For example, they speak to our therapist, the one who can support us in our healing process, but also to our loved ones. They communicate our suffering and maybe also the message that we haven’t been able to transmit or to express in any other way.

The Holistic perspective on Panic Disord

To come back to the example of panic attacks and obsessive ideas, a patient who wakes up in the morning feeling anxious and having a panic attack, and who suffers from obsessive thoughts in the afternoon, doesn’t have two different problems which need to be treated with two different methods.

You could hypothesize that the body of this patient speaks for them, communicating the underlying fear of all symptoms. We are not dealing with two different problems but with the psychophysical consequences of the same problem, which can be treated in the same way. That is, we see this patient and their situation as a whole, and not as the sum of their symptoms.

What not to do when you have OCD