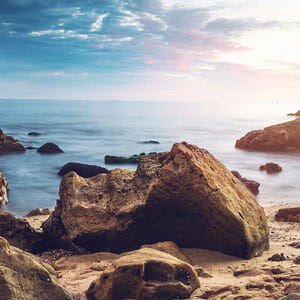 This morning you wake up and instead of getting out of bed and getting ready for the day you feel like you’re paralyzed. You’re extremely scared because all of a sudden you think that yesterday you had an accident with your car. Even though this didn’t happen you cannot get the thought out of your head and you start to think it might be true. And not only this, you also believe you didn’t stop to check on the victim.

Because isn’t it true that while driving you got distracted several times? Didn’t you turn on the radio, and weren’t you thinking about what you had to do later on? And didn’t you notice at some point that you had crossed the white line in the middle of the road, and you were driving in the other lane?

You start seeing images of yourself with your head lying on the steering wheel, of yourself waking up not knowing what has happened; and you see an image of the other car with huge bumps in the driver’s door. You get more and more nervous. Until you believe all this has actually happened. You start thinking about the victim. Will he/she be ok? Is he/she alive? You get goose bumps all over your body. What if you’ve committed a crime? Will you have to go to prison? You don’t know what to do and feel scared to death…

This is how the mind of a person with OCD works. It is what makes it impossible for him/her to live his/her life. It is what doesn’t allow him/her to trust his brain. Imagine for a moment that you don’t remember what you did or did not do during the day. That you don’t know if you’ve left the door of your house open, and if someone will have stolen your belongings. That you don’t know if you can trust your self-control, and that you think that one day you might just lose it and hurt your child or loved ones.

All this causes a lot of anxiety, which one cannot shake of when he/she has OCD.

This fear occupies his/her entire day. Yes, there will be moments in which he/she will feel better temporarily but the anxiety will always be there. These disturbing thoughts and imagines are called “Obsessions”.

A person with OCD usually has obsessions. Obsessions are thoughts or images which are intrusive and that make us feel bad. They can appear in various ways. Common obsessions are the following:

Since people with OCD live in constant fear and don’t manage to get rid of the obsessions, usually they look for a way to feel better. These are usually things that would also make us feel better when we feel bad, or when we feel that the world doesn’t make sense. For example: organizing our house, doing our admin, or cleaning something that is dirty. Since this has an immediate effect that we can observe directly, we feel better. We feel like we have at least put one part of our life in order.

This is the same effect that people with OCD look for when they wash their hands 20 times, when they organize their bookshelves in alphabetic order, o when they count from 1 to 10 repeatedly. However, they don’t manage to.

The ritual can even become something obligatory that serves to prevent something horrible from happening; for example: “if I don’t check if I’ve left the faucet running something bad will happen”. Imagine that if you wouldn’t have checked if you turned off the gas at least 5 times, your house would explode. That is how real the necessity of performing the ritual is for a person who suffers from OCD.

These rituals are called “Compulsions”.

Compulsions can consist in checking, performing rituals or having to make certain gestures with the objective of neutralizing or reducing the risk that something negative will happen. In this way compulsions help to temporarily lower anxiety. The problem is that a person with OCD needs more repetitions every time to feel the same relief and/or to be sure that he/she has repeated the ritual enough to prevent the imminent danger.

It’s also possible that he/she will add more and more steps to the ritual, in order to calm him down. This causes the person to lose a lot of time during the day, which he can’t spend on enjoyable things, and which can have severe consequences like arriving late at work, or not being able to do the household chores.

Why can’t people who suffer from OCD stop their obsessive thought or rituals?

That’s why in order to cure OCD, you have to analyze what is causing your anxiety. For many people with OCD the answer might be one of the following: “I’m not happy with my job, I only work there because it provides me with money/my parents wanted me to work in this field/It’s easier to stay than to look for a new job”, “I don’t express what I really want/need/feel out of fear for what other’s might think”, “I have loads of energy which I don’t use out of fear for what might happen”, “what I do really isn’t my passion, but I’m scared to do what I really want”.

In consequence, many people who suffer from OCD live a life that doesn’t correspond to who they really are. This uses up a lot of energy and also people don’t get to know the real you, which causes a lot of pain for people with OCD.

OCD can be cured

Unfortunately though, many people with OCD and many therapies nowadays only focus on reducing symptoms instead of looking for the cause of the anxiety.

In IPITIA we believe that it’s absolutely necessary to work on the cause of the anxiety, in order for the person to be able to liberate him/herself from OCD. This sometimes requires important changes, but these always help the person to be more congruent with who he/she is, to live a life with more passion, and to be able to do the things he/she likes without having to think about what someone else might think.

This article is part of our campaign “Understanding is helping”. We believe that the more people know about OCD and what can be done to cure it; the more people with OCD can be helped. We hope that the article has been useful to you and has helped you to understand what it feels like to live with OCD. If you liked the article, we would like to motivate you to share this with people you think might be interested. Thank you for your help!

If you would like to know more about what it is like to live with OCD or how one can liberate themselves from OCD, you can contact us by phone: Tel. +34 93 528 23 53 or by mailing us at info@ipitia.com. 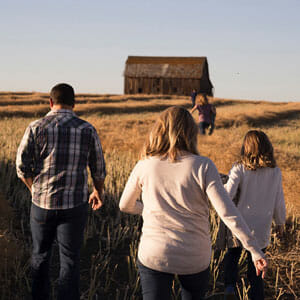