What to do when you have difficulties adapting to a new situation? 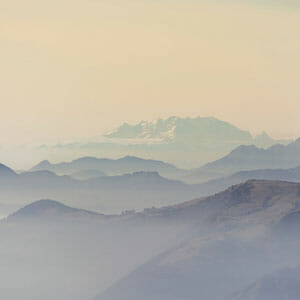 What to do when you have difficulties adapting to a new situation?

One of the problems that we frequently treat in IPITIA, our center in Barcelona, Spain, is adjustment disorder. An adjustment disorder is an anxiety disorder which, according to the DSM-V can be defined as the presence of emotional or behavioral symptoms in response to an identifiable stressor, occurring within 3 months of the onset of the stressor.

The symptoms have to be clinically significant and include distress that is out of proportion with expected reactions to the stressor, and cause marked impairment in social, family and work-related functioning. A depressed mood and anxiety are its major indicators.

This definition can generate a bit of confusion and can have a conceptual overlap with other psychological problems like bereavement or post-traumatic stress disorder. However, it can help us to analyze the concept of adjustment from a more psychodynamic perspective to understand it better.

We can define adjustment as the process in which someone modifies their patterns of behavior in order to adapt himself to the specific conditions in his environment such as its norms and moral codes. This is not a skill we’re born with but rather one that we develop over the years through experience. This means that it is a skill that can be either trained or developed if the process doesn’t occur spontaneously.

When the circumstances around us change, the strategies that we use to deal with them have to change as well. When this doesn’t happen the person will experience an internal conflict between their expectations (linked to the past) and their environment (present), which generate negative predictions about the future (both unconscious and consciously). And this internal conflict is the cause of depressive and anxious states in the person.

I frequently work with young adults who because of their studies, work or their willingness to try a new experience decide to move to Barcelona. Even though their new circumstances seem to be ideal, they develop clinically significant symptoms of anxiety and angst. Sometimes these people are very much surprised by what is happening to them. They weren’t conscious of their fear of diving into this new experience, and most of them had previously managed themselves well in similar situations. However, this time they find themselves in front of a situation where something is “just not right”.

If we would only work with them on a cognitive level, we would probably spend some time on “making them understand” that “in reality” their situation is not that negative, that they’re magnifying the situation or that they’re interpreting the problem incorrectly. However, the problem in the majority of the cases is not cognitive but emotional. It is usually linked to the temporary incapacity to generate connections with their new reality, and not to their incorrect interpretation of the situation.

When these connections are lacking, the person feels vulnerable and exposed to the dangers of a new threatening environment. This is what causes stress to the central nervous system, and ends up generating anxiety and a low mood. Important factors in this are the different patterns of attachment, due to the fact that our ways of attachment affect our adjustment skills. That’s why it’s necessary to analyze them thoroughly in these cases.

Surviving instead of living

Moreover, we know that when fear dominates a person’s life, it inhibits in important parts of their personality. It shifts their attention to the outside world, perceiving it as a threatening place. They stop investing time in developing what they truly feel passionate about and what gives meaning to their life, their drives and their instinct.

That’s why in the presence of a new destabilizing situation, people often start to try and survive instead of trying to live. Even though this is completely logical all things considered, when the feeling of constantly striving and fighting persists, this can cause the person to enter in a vicious circle of which it is difficult to get out of.  This is due to the fact that this state exhausts the person’s resources.

So then, when someone is facing an adjustment disorder, we have to focus on their connections. However we shouldn’t only focus on the most obvious connections with their new environment (their new reality) but especially on their essence, their more primal nature, their passions, their body. In short we should focus on everything that defines us as individuals and make us who we really are, somebody that we have left behind due to fear.

Humans have an innate tendency to read into new situations based on old experiences. It is as if we created some glasses through which we relate to the world and to other people emotionally, and as if it were very difficult for us to take them off.

This is not only an interpretation but something that corresponds to a very precise neurological process which is called top-down processing (which I explain in a previous article). This process, in my opinion, has a lot to do not only with the way we perceive reality but with feeling it.

The process of adjustment consists in being able to observe these glasses, question them and wear other ones if necessary, or in other words to be able to connect to a new reality. The difficulty resides in the fact that taking off your glasses in order to put on some new ones is not only a cognitive but also an emotional process, since many times it is very scary.

This is why I usually start working on my patient’s connection with their essence, passion, and primary drives, as opposed to their connection to their new reality, even though this might seem counter-intuitive. For most patients it is only possible to have the necessary courage to adjust to their new reality if you start by providing them with security and strength first.

Actually, it is very common and at the same time satisfactory to be able to observe how when the person reintegrates the parts of their personality they had left behind due to fear, the adjustment to their new reality comes to them as a natural and progressive process.

The treatment of children with OCD with the Analytical-Experiential method

How to help a loved one who suffers from OCD?