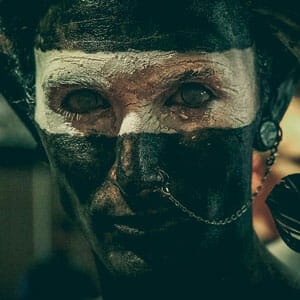 One of the most frequent fears our patients suffer from is the fear of becoming crazy.

Many times they directly ask us “do you think I’m becoming crazy”?  Other times patients don’t ask us anything but they suffer this fear in silence. This fear comes up when you suffer from obsessive thoughts and you think of them like something not normal, something which can only mean that something else is happening. In this article we will explain if these fears are justified and what does having obsessive thoughts really mean.

What does being crazy mean?

Being crazy is terminology from the past. In the old days, people with psychological problems were seen as people who were dangerous to society. They were forced to live separately from “normal people” in order not to contaminate them with their “craziness”. They would lock them up in depressing places where the goal wasn’t to cure but to prevent them to annoy other “healthy” people. This was all caused by the irrational thought that “craziness cannot be cured”, which led people to have a very negative vision about people with mental problems; a situation which still influences us in the present moment.

Another important development with regard to the view on people with mental problems has been the development of psycho-pharmaceuticals. These were able to greatly improve the quality of life of people with among others schizophrenia and psychosis. This implied that psychological illness was no longer a penalty for life. On the contrary, many people who suffered from mental illness were since then able to live a relatively normal life.

All these developments helped us to understand that people with a mental problem can be helped and most of the time cured. To call someone crazy is not to understand this simple fact. So whenever someone has a mental problem, for example an obsessive disorder, this does not mean that he/she is crazy. I think it is very important that we stop referring to others and ourselves with this terminology. Instead of this it is important to look at the cause of the problem and to focus on how to cure them. With this said we’ll proceed to answer the main question of this article:

Does having obsessive thoughts mean that I’m crazy?

What is indeed true is that when you have more obsessive thoughts or when they are more intense, that the suffering behind them is also more substantial. However, this does not mean that you are crazy, but that you need help.

Why do I have obsessive thoughts?

Having obsessive thoughts is a consequence of having an elevated state of anxiety. When we are suffering from anxiety or stress and we don’t manage the cause, our body will start to give us signals in the shape of physical or mental symptoms. In the beginning these signals will be less clear like irritability, neck pain, or a raised heartbeat. If we don’t react to these signals and we don’t make any changes in our lifestyle, in the end we will suffer from more important or more frequent symptoms, like for example obsessive thoughts.

Does this mean I’m going crazy?

No it does not. What can happen though is that when we’re suffering from a heightened state of anxiety and we don’t intervene, this anxiety can become more and more serious.

You have to think of the symptoms of anxiety as an alarm bell that rings louder every time. If we ignore the alarm bells in the end the symptoms will get worse and worse. This is not different from having a sprained ankle and walking anyways. It does not mean that I will become crazy (or break my leg to stick with the metaphor) but it does mean that I’m not paying the necessary attention to what is happening to me.

That’s why the fear of becoming crazy is not justified. What is justified is to worry once we notice these symptoms in ourselves and to take charge of what is causing them. We can do this through important changes in our life, usually with the help of a psychologist.

It is important not to wait until you reach high levels of anxiety. The sooner you intervene and look for help the better.

How to help a loved one who suffers from OCD?