OCD and Fear of Hurting People

In this new series we’ll speak about the fear of hurting the people around you, the fear of losing control and becoming violent, also known as phobia of committing impulsive acts. This kind of OCD is not that well known as other forms of OCD such as cleaning or checking OCD. However, it causes a great deal of suffering. People who have it are extremely focused on being a “good” person in any kind of situation, which causes them to live a very controlled life. They have a strong sense of what’s wrong or right which dictates their every move.

What is wrong or right, good or evil has been one of the longest-lasting debates throughout our history and has resulted in many dogmas. It’s the difference between being a hero or a villain, a saint or a prisoner.  There is a direct link between our behavior and ending up as one or the other. This concept is very important in this kind of OCD since it causes the people who suffer from it to monitor and judge their behavior and thoughts continuously.

Like Auriga, in the myth of Plato and the chariot of the winged golden horses, man needs to direct his thoughts, in order to integrate the different parts of the mind, in the same way that Auriga has to lead a chariot pulled by two horses. One of the horses is a beautiful, noble, rational white horse, the other a purebred, passionate, and irrational horse.

The responsibility of man is to integrate these two parts of the conscious mind in the same way the Auriga controls the two horses, with the goal of reaching elevation of the chariot and the mind.

How does fear of hurting the people around you influence your life?

Fear of hurting the people around you is a kind of OCD in which the content of the obsessions is focused on the irrational fear of losing control and physically hurting someone. What’s very frightening for the person who suffers it is that the obsessions usually involve hurting the people they love the most or the ones who are most vulnerable (for example children and elderly people).

These obsessions or intrusive thoughts are usually inspired by violence in the news, or by observing violent acts in the close environment of the person. The person who suffers from the fear of hurting the people around them can quickly imagine themselves being involved in this violence, even though they would never be involved in something like that:

What if I all of a sudden lose control and end up killing somebody? Would I be able to act in the same way as what I saw on the news today? What would I do if I would be in that situation?

These thoughts are not uncommon in people who are free of anxiety and OCD. However, people who suffer from this kind of OCD usually have elevated levels of anxiety, which cause the obsessions to gain in strength and make them more believable to them. Moreover, it causes them to continuously imagine “their” violent act, to a point in which they feel as guilty as if they were to have committed the actual crime. 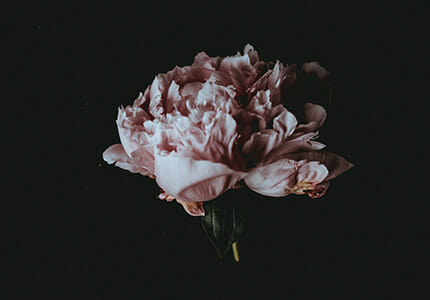 What causes the fear of hurting the people around you?

As the other Obsessive Compulsive Disorders, the fear of hurting the people around you is caused by an elevated level of anxiety.

This anxiety has built up over time and is usually caused by a prolonged period of stress or a traumatic event in infancy or adolescence that has affected the central nervous system. The psyche, at this point in time, is still unable to deal with these events, and bit by bit the person’s instincts become inhibited and blocked.

In the case of being afraid of hurting the people around you the person has become fixated on being good and doing “the right thing”. They try to be true to a rigid morale.  However, they usually submit themselves to the anger that lies in their shadow.  Commonly, this anger appears there after stressful events in which the child wasn’t able to defend itself, such as abuse, bullying, or an excess of norms and rules they had to adhere to.

To live in an environment in which you are obligated to always be good, to think about other people before you think about your own needs, to be generous and kind… To idealize the good but to forget to teach the child to express their anger, their pain, or to even take revenge makes the child to inhibit their defense systems. That is by cancelling out all the “dark” parts of our human behavior we make the child become a good but defenseless person.

What happens when the impulses and instincts get crushed in such a way they find a different shape to manifest themselves: OCD?  They challenge the person with obsessive and intrusive thoughts, in which the person doesn’t end up being the victim.  On the contrary, in these obsessive thoughts the person wins from the vulnerable and fragile person who is the subject of their thoughts. If we would compare this to a similar situation in the animal kingdom we would see a cat attacking a mouse that flees when he has to face a stray dog. These are all unconscious processes the person is not aware of but is constantly affected by.

This is why our shadow needs to be integrated into our conscience. Carl Jung said the following about this:

“One doesn’t become enlightened by imagining figures of light but by making the darkness conscious”.

This brings us to the next question: 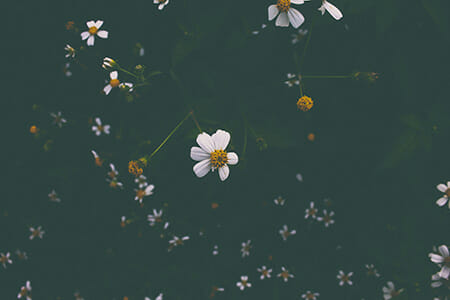 How is the fear of hurting the people around you cured?

The Auriga needs to train and guide his two horses in order to maintain a steady equilibrium.  He has to guide the chariot in the same way the person has to awaken their instincts and integrate their shadow.  This will allow the person to adapt themselves to the world, as opposed to living a passive non-passionate life. The ultimate goal in this process is to become a person who is able to evolve and to live their life allowing both passion and irrationality to be a part of it.

And how is this done?

In the case of fear of hurting the people around you it is very important to strengthen the personality of the person. Also, you have to create a space for them to process the pain and suffering they have experienced in life, and help them to integrate the feelings these experiences might have caused such as anger and fear. We do this by employing the Socratic dialogue, symbolic exercises, theatre, as well as physical exercises.

Furthermore, contact sports such as Boxing and Krav Maga can prove very helpful. They can help the person to awaken the dormant instincts and learn how to defend themselves.

Another important factor to work on is the idealization of right and wrong, which limits the person in their life and represses their authentic personality. Through dialogue, lectures, as well as through important vital experiences we help the person to overcome their rigid and strict position, thereby liberating them from the severe judgment that controls their life.

All this is done in a non-judgmental environment in which we help the person to integrate and accept their sexuality, their darker thoughts, their wishes and dreams. In short, we start of process in which we work on dignifying the person in order for them to reach a better and more fulfilling life

Likewise, we help the person to encounter their passions and to become more vital by finding the way to live in harmony with their needs and archetype.

The main goal is to reach a state of equilibrium, but in order to reach this it is necessary to bypass the person’s own rigid norms and rules. This process usually implies losing control, which is a necessary step in order to overcome OCD.

It is important to know that one cannot overcome OCD without professional help. At IPITIA we work with the AFOP® method to help people get cured from this disease that cause so much suffering.