Obsessive Compulsive Disorder has different ways of presenting itself. Its symptoms, intensity and severity vary between patients. Since the expression of the disorder is different for everybody who suffers from it, the treatment has to be as well. This is why in this article we’ll speak about one of the least known Obsessive-Compulsive Disorders which can cause a great level of confusion in those who don’t know it: Pedophilia OCD.

People who have this kind of OCD suffer a lot because of the object of the obsessions: pedophilia. It is difficult for them to look for professional help or talk about the disorder because its symptoms get easily misunderstood or confused for an actual pedophilia. However Pedophilia OCD is very different from pedophilia, with the main difference being that it’s based in fear and not desire. That is, it’s nothing similar to actual pedophilia.

What is Pedophilia OCD?

Pedophilia OCD is an obsessive disorder, in some cases without compulsions, in which the non-controllable and reiterative thoughts consist in the fear of engaging in any kind of sexual behavior with a child. People who suffer from this kind of OCD don’t want to hurt a child or to have sex with one, because in reality this doesn’t excite them at all. However, they are still tormented by the thought this could possibly happen. The compulsions oftentimes consist in the constant search for proof that can give them clarity about whether or not they truly are pedophiles.

Is it dangerous for children to be around people with Pedophilia OCD?

No, it is not dangerous at all. The only thing that needs to be done if you suspect someone you know is suffering from Pedophilia OCD is to help them to feel better and to recommend them to find professional help to overcome their obsessive thoughts.

It is important to know that people who suffer from this kind of OCD tend to avoid situations in which they are alone with children. Oftentimes they fear becoming or being a parent, because they are afraid of doing something inappropriate with their own child. The compulsions are often focused on checking whether or not they get excited when they are around children, while in reality they don’t feel sexually excited at all. 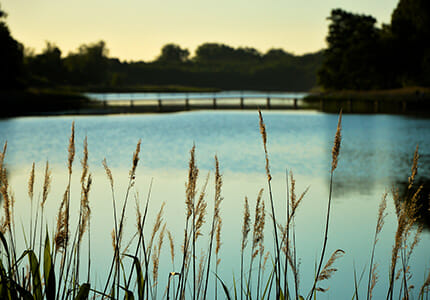 What can cause Pedophilia OCD?

Pedophilia OCD originates in the same two factors as the other Obsessive Compulsive Disorders: anxiety and fear. The higher the level of anxiety is, the more frequent and intense the obsessive thoughts become.

In Pedophilia OCD, Anxiety has become the most prominent response to daily, ordinary stimuli. The person has lost their drive and instinct. They don’t see a way out, because their natural responses have become inhibited and replaced due to an excess of “logos” and a rigid “education” which ignores the nature of the individual.

Pedophilia OCD often affects people who have lived through traumatic and/or long-term stressful experiences, like for example children who’ve been raised by very dominant parents or caretakers. These kinds of experiences can instill fear in the child, which in turn can cause obsessive thoughts to appear. When these thoughts and the underlying anxiety don’t get treated they will gain in power and they can end up causing compulsions.

These factors, combined with the personality and genetic phenotype of the person, can cause the person to become more and more inhibited. Also, the person learns either erroneously or correctly that certain acts or desires are harmful, disgusting and/or repulsive. In the case of Pedophilia OCD they start to think that this applies to other behavior as well, causing them to feel anxiety or guilt when normal desires come up or when they engage in normal behavior. In consequence, their needs and impulses get in conflict with their judgmental and morally rigid mind.

Other frequent causes are a poorly integrated sexuality, the desire to please and be liked by everybody, a tendency to blame themselves and lower their own value and to put themselves in complicated situations.  Furthermore there is a tendency to repress their own needs by saying things such as “If I don’t listen to my own needs they don’t exist”. Hence, the instincts get completely overshadowed by the person’s thoughts. This becomes really difficult to maintain on the long run and can cause the person to feel a lot of guilt, since they don’t comply with their own rigid high standards.

Pedophilia OCD causes a lot of suffering in the person. Unfortunately, most people suffer in silence since they don’t know treatment for their specific obsessive thoughts and anxiety exists. 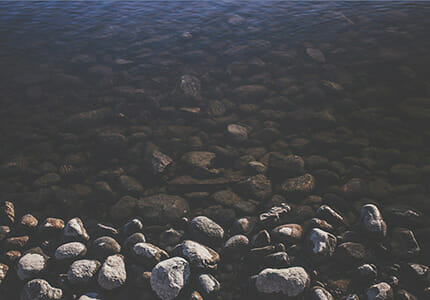 How is Pedophilia OCD treated?

In order to cure obsessive jealousy, we start with an analytical process that includes a thorough exploration of the person’s life and personal history. In this process we explore possible conflicts that can be at the base of the anxiety, in order to resolve and gain a more profound understanding of them. It is important to mention that every therapy process is unique and will be completely personalized.

Another goal will be to help the person construe a new identity and to be able to adapt themselves to different situations in a healthier way. In order to reach this, it is necessary to recuperate the parts of the psyche that have become trapped and blocked due to fear. Also, we help the person to find equilibrium between their instincts and rational mind, as well as between their conscious and unconscious needs.

We will strengthen the person’s personality, by helping them channel their anger, pain, and needs, and by providing them with the necessary tools to construe a life in freedom. This is essential due to the fact that when a person loses their instinct they lose the natural ways to survive and adapt to their environment.

With the help of the AFOP® method we will activate the person’s drives. Also, we will help them to integrate their sexuality, emotions, and personality without judging themselves. Furthermore we help them to encounter their passions and to become more vital by finding the way to live in harmony with their needs and archetype.

This all is achieved through a series of activities and exercises which are unique to the AFOP® method. We employ drama, physical exercises, and symbolic exercises, which help the person to recuperate their dormant instincts.

Through dialogue, lecture and a search for role models, as well as through important vital experiences we help the person to overcome their rigid and strict position, thereby liberating them from the severe judgment that controls their life.

If the person is motivated and committed to the treatment, they’ll notice that the anxiety will go down over time, which in turn lowers the frequency and intensity of the obsessions to a point in which they’re cured.

If you would like more information about fear of death OCD or if you’d like to Schedule a first session you can call us at + 34 935 282 353 or contact us through info@ipitia.com.