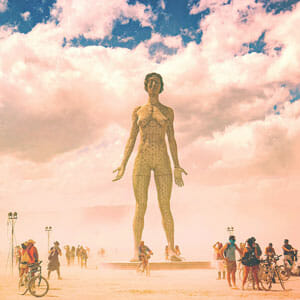 How many times in our infancy have we heard people in our environment say things like: “What would you like to be when you’re older?”, “you are this way and you’ll never change, everyone gets born different”. These and many other sentences promote a rigid way of thinking, as well as denying the possibility of changing or learning how we can behave in a different way.

In our infancy one of our main goals is to receive love and kindness of our caretakers, most of the time by trying to gain their approval.

“What would you like to be when you’re older?”

I would like to illustrate this with a frequent example. When we are young, let’s say around the age of 6 to 10-years-old, we easily learn that our caretakers are proud of us if we already know what we would like to become when we’re older.

Also, we witness how are caretakers share this proudly with our family and friends, saying things like: “My kid already knows that he wants to become a lawyer, architect, doctor… He’s really sure about it”. And most of the time the listeners will gaze at the caretakers with a look of admiration, confirming them how good it is that the child, at such a young age, already sees his professional future very clearly.

Unfortunately, in many cases it is thought that their academic trajectory is marked, and once they reach this important moment, finish their high school and get to actually choose what they really want to study, maybe we don’t even consider if the study we chose when we were 8-years-old, is still something we actually like, now that we’re 16 or 18-years-old. Because the people in our environment including ourselves have thought that we would study what we said that day, now 7-10 years ago, most likely in an impulsive way.

We are who we are or we can change?

Obviously, we are not the same person we were, when we were 8-years-old, once we’re 17-years-old. We’ve lived a series of experiences which have shown us what life is all about, in different ways. And you have to think that our brains have gone through a process of maturation, and have been gaining knowledge which has firmly influenced and changed us.

Most psychiatrists deal with mental disorders in the same way, while classifying them. They give us a margin to change and certain flexibility. For example: you can’t, in most cases, diagnose someone with a personality disorder, until he/she’s reached adulthood.

Unfortunately, our society doesn’t. From the moment we are able to reason and speak, we integrate rigidness in our thoughts and mental schemata: we accept that we are who we are and that it is impossible to change this.
Partly, this is due to our caretakers and other adults in our environment who (without bad intentions) repeat sentences like: “you are…” instead of “you are behaving like…”.

Step out of the line

And of course, if we are in an environment which assumes that “we are who we are”, we hardly think about “something that can’t be changed anyways”.

So many kinds of behavior are widely reinforced by our adult environment, like obedience responsibility, behaving well in the sense that it’s better to sit still and be quiet (or not a kid, as we could even say).

Being a kid really implies that we find out what makes us feel good; that we use are imagination among many other things. But what really gets applauded by most adults is to be quiet, obedient, argument like an adult and “don’t be annoying”.

To come back to the concept of rigidness; from when we are very young we learn that if we don’t “move” in terms of our plans and thoughts or the way we are, we are behaving correctly. We are in the “safe zone”, and on the right track.
But many times this rigidness and determinism causes us to act according to what our environment wants from us, or according to what society considers to be acceptable, like being in a stable relationship around a certain age, to get married and have kids…

But if we move ourselves within rigid boundaries, we are at risk of becoming unhappy. Because we will end up doing what we said we would when we were young, without even knowing what this would imply, and that we actually don’t like. Or we will end up living our lives as is expected from us or in ways they told us would suit our personality.

The one who is considered to be timid for example, won’t try to be extraverted. Most likely because of the simple thought: “I’m timid; it’s just the way I am”.

This mental rigidness, in a combination with many other factors, both endogenous as well as exogenous, can lead to the appearance of anxiety in different ways, as well as chronic depression or even physical problems which really are a somatization of psychological problems which are not dealt with.

Sometimes, one who has lived his life surrounded by rigidness can observe the behavior of children and can feel a certain nostalgia towards this essential being, sometimes already lost when we still were kids.

How to stop zoning out in order to overcome OCD