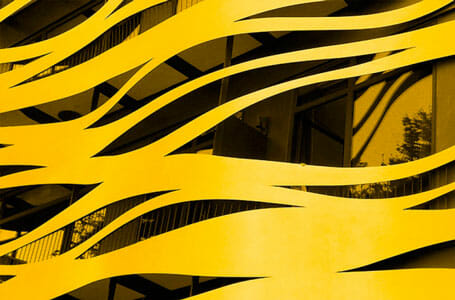 In IPITIA we work with patients with OCD on a daily basis. This allows us to individualize our treatments more and more, while tuning into to the specific cause of each patient’s OCD. Unlike what most psychiatrists claim, OCD is not at all a purely genetic disease. OCD can be caused by environmental and social influences as well. This indicates that it’s possible to cure OCD completely, as opposed to the organic view in which OCD is seen as a genetic and therefore incurable disease. Whenever the person is open to adopt a new lifestyle and implement changes in their life, OCD can be cured.

Like Damián Ruíz (director of IPITIA and developer of the Analytical- Experiential method) explains in his book Freeing the Monkey, Saving the Princess, genetics can make someone more prone to develop OCD but definitely don’t sentence them to a life with OCD.

What is the cause of OCD?

OCD can only develop if you experience certain life events (mainly, but not exclusively during infancy and adolescence), which cause the responsible genes to express themselves. Life events that can cause OCD to emerge are for instance: living with fear, suffering repression, having to inhibit natural behavior and therefore not being able to develop all the aspects of one’s personality and essential being.

The most common detonators for OCD that we found are:

When these factors are present, kids with a certain genetic predisposition can start to develop characteristics of an obsessive personality. Moreover, they will start to inhibit their instincts, natural drives and certain aspects of their personality. When this happens it’s possible that someone develops OCD.

The situations mentioned before are clearly repressive. However, there are other circumstances that can cause very similar effects; though possibly more subtle.

Many times I see people in my office who apparently have had everything in life:

Is it also possible for OCD to develop in this apparently perfect situation?

The answer is definitely yes. Feeling repressed is not just influenced by the conditions of the “cage”, but also and above all by the nature of the “animal” that lives in it. Someone’s’ nature or instinct doesn’t respond to logic but to their biological needs. Metaphorically speaking; a small apartment can be perfect for a kitty but it will be too small for a tiger.

With the help of a psychologist, it is important to identify the specific repressive factors from the past and the present, and to start breaking them down, for however difficult it is to admit they even exist.

Many times patients deny the fact that they are inhibiting their real nature, but over time therapy addresses all the elements that didn’t have a space in their life. Also, it is usually more difficult to break free of a repressive situation which is apparently perfect, than to break free of traumatic experiences, since there is normally more guilt involved. Most of the times guilt is actually the factor that was holding them back from listening to their most primal instinct.

For example, we can find primary natures that are very extravagant but who are subjugated to an excess of responsibility and perfectionism. You can also think of children who would have been rather “salvage” but have only been focused on school and getting good results. Others might have had a lot of success in their career and might have managed to get promotions and raises, while they actually want to be free and travel the world. People who behave very docile and nicely who instead would like to express their anger and be assertive. Men and women who have a high sexual drive that they need to express, but instead have the same sexual partner during their entire life or never experiment to satisfy their wishes. Brilliant engineering students whose real passion is art and painting, and there are many more examples…

One has to be brave to admit that they are living in a golden cage, and to tell their parents that even though they gave them everything; it was not what they needed, to admit that this partner, however nice and in love, is not what we long for, to leave an apparently privileged life and risk themselves to do something that we are really passionate about.

These golden cages shouldn’t fool us, as they are caging our natural instinct. Even though someone’s life can seem perfect, our mind speaks very clearly. If someone suffers from OCD, their life is not perfect for their specific nature.

The Analytical- Experiential method that we use in IPITIA consists of individualizing, activating and canalizing those aspects that have become blocked at some point in life. These aspects, like I said before have become blocked due to an elevated level of anxiety, which also causes obsessions and compulsions to emerge. I insist that we are not just speaking in a metaphoric way but also about the biochemical functioning of the central nervous system.

With the help of a psychologist one can become aware of all these elements and gain the security to deal with them.

How we see OCD therapy at IPITIA