Many articles have been written about OCD. However, the majority of the people keeps on associating OCD to people who wash their hands or have the need of organizing or cleaning things. However, there are many other kinds of OCD that are as or even more frequent. This is why we’re launching this informative campaign about different kinds of OCD. This article is about False Memory OCD.

What is False Memory OCD?

False Memory OCD is a kind of OCD in which the person obsesses about the possibility of having committed a crime. People who suffer from this kind of OCD can doubt constantly about whether or not they have committed a serious crime such as killing or raping someone. These thoughts, though harmless in the beginning, gain in power over time to the point in which the person becomes convinced that they might have actually committed the crime.

In False Memory OCD it is possible for the person to wake up one day and feel as if they would really have killed somebody. The person can worry for hours and hours about the pain they have caused and fear their “crime” might be discovered one day. It is easy to see how frightening this can be.

Typically, the obsessions appear for the first time in a dream or after a night in which the person consumed alcohol. They might dream that they have killed somebody or think “what if I’ve done something bad and I don’t remember”? The fact that the person was not fully conscious at the time creates room for doubt about what might have happened at that moment.

From this point on, the person starts asking themselves if this hint of a (false) memory could be true. Would I be able to kill somebody? How would I do that? How would I get rid of the body?

The problem is that as the person starts thinking about this more and more, what used to be a vague memory all of a sudden becomes a possibility. The person is creating false memories by visualizing the event and by thinking about the details surrounding it. Due to an underlying inner anxiety these details and memories become more feasible over time.

What started as a doubt can then turn into constant checking behavior.

The checking can appear in different shapes such as thoughts:

“Was I also washing my hands after I killed that person?” “I forgot if I closed the door properly or not. If I’m able to forget something as simple as this I might also be able to forget that I’ve committed a crime”. “What did I do at the party around 23.15? I don’t remember exactly so I might have escaped the group a moment in order to commit a crime; I better ask my friends if I was with them the whole time.”

Oftentimes the compulsions also appear in the shape of cleaning. Unconsciously the person is trying to “clean or neutralize” the crime they’ve supposedly committed.

Since the compulsions only calm the person down on the short term, on the long term the fear and anxiety increase. As a consequence the obsessions gain in strength as well. This becomes a vicious circle difficult to get out of. However, it is possible to overcome false memory OCD as we’ll see later on.

But how can someone end up creating a false memory in themselves? We’ll explore the answer to this question in what follows.

How can false memories appear in our mind?

The fact that someone can have False Memory OCD is due to the fact that our memory is not impeccable. Since we don’t have enough space in our brain to store all the information that reaches us throughout the day, there is a part which we don’t process completely consciously. This can happen in innocuous situations in which we do something on the automatic pilot such as closing a door or driving our car. It can also happen in a situation in which a lot of information reaches us at once, like for example when you’re walking on the street. In this case there are so many stimuli that we can’t direct our attention to all of them.

This information that we don’t process (completely) consciously, does reach our unconscious mind, but in an incomplete form. This can cause us to have difficulties deciding if what we remember is true when information related to the event is presented. Elizabeth Loftus investigated this phenomenon in order to verify the reliability of witnesses in accidents. She presented participants with false information about simulated accidents the participants witnessed. The witnesses remembered some of this false information as true after the experiment. And not just this, Wade et al. (2002), discovered that we’re able implant false memories in people.

That is, they discovered that is possible to manipulate a person in such a way that they remember something they’ve never done. In an experiment they showed a picture of an air balloon to children, and made them remember a trip in this balloon that never happened. Fifty percent of the children remembered this trip as if it had actually happened. It is true however, that it’s easier to implant plausible memories and non-plausible ones. Though, in a person with an elevated level of internal anxiety, it is possible that very unlikely memories all of a sudden appear to be plausible. This is what happens in the case of False Memory OCD.

A person who doesn’t suffer from OCD doesn’t become anxious when they have driven part of their trip on the automatic pilot. Forgetting parts of the night after having drunk alcohol might even make them laugh. However, a person who suffers from False Memory OCD can start to doubt about this blank point in time, and think that they might have done something horrible at that particular moment.

The problem is that by thinking about what could have possibly happened and what they might have done, it becomes more likely that person starts remembering things that never happened. Trying to remember these (false) details and moments, and imagining how the person could have committed the supposed delict, causes the person to implant a false memory in themselves. 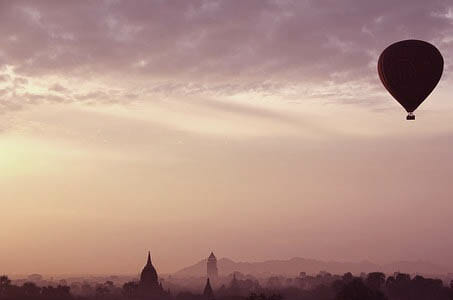 ¿What are the causes of False Memory OCD?

False Memory OCD, like other kinds of OCD, is caused by an elevated level of internal anxiety. In the case of false memory OCD this anxiety is usually related to the lack of integration of the person’s personality. People who suffer from this problem usually don’t know who they are or what they like, or are afraid to show their true personality to other people. They might have difficulties to identify their needs and desires. As a consequence they often work jobs they don’t enjoy or find themselves in unhappy relationships.

People with False Memory OCD are usually people who have lived their life trying to be liked by everyone around them while forgetting about their own needs. They tend to want to be a “good person” above anything, even if this harms them. This causes them to be afraid to express emotions they see as “negative” such as anger or dissatisfaction. They fear that when they express these emotions they will end up destroying the relationships with the people around them. The lack of expression causes them to suffer from a lot of internal tension and to feel “blocked”.

In the same way they can find it very hard to be assertive and defend their rights. Since on one hand they have difficulties to identify their needs and on the other hand they fear a negative response from the other person, they tend to inhibit themselves as opposed to positioning themselves. This can cause them to become both physically and mentally exhausted in the long run, thereby worsening their symptoms.

Another important factor in the development of False Memory OCD is the lack of affection from the parents and/or an oppressive situation in the early childhood of the person. Many people who suffer from False Memory OCD have lived through very tense situations at home, such as abuse, fights, or being neglected by (one) of the parents.

In some cases false memory OCD can also be caused by having done something in the past that person considers to be incongruent with their personality. For example, they might have had to do something difficult or against their values in order to survive a tough reality such as poverty. You can think of situations like stealing, lying or working a job that goes against their values. These experiences can cause a lot of guilt in the person. It can be difficult for the person to see this experience as a simple mean of survival because they don’t feel like it goes with their true nature. This can cause a wound and profound feelings of guilt in the psyche, which generates fear and anxiety.

Another important factor is the fact that the person has renounced their right to enjoy their daily activities. They simply work because they ought to, or because they need the money, but not because they get a sense of fulfilment out of it. They don’t have many hobbies because at home they focus on cleaning the house or other obligatory activities. The person usually feels a lot of guilt when they spend time on something that’s not “useful” in their opinion. This leads them to distance themselves more and more from pleasurable activities in life.

How is False Memory OCD cured?

In order to overcome False Memory OCD you have to help the person to integrate their true personality. You have to aid them in discovering their likes, their wishes and their passion. All this can push the person to start to discover their more authentic self and to keep them from being somebody who is just there to satisfy other people’s needs.

In the same way, it is important to teach the person how to be assertive and how to be able to say “no”. This helps them to create space for themselves and to be able to carry out activities that truly fulfil them. Furthermore, it empowers them and makes them more resilient to stand up to an environment that tries to take advantage of them. All this helps them preserve their resources and use them towards the means of showing their true personality more and more.

It is also very important to help the person to learn to express their negative emotions. This aids in lowering down the internal anxiety and tension and in making the more positive part of their personality flourish. This is important because many times the person isn’t aware of the fact that by repressing their “dark” side they’re also repressing the rest of their being and personality. In the same way it’s important to help them integrate their entire being and make peace with their past in order to reduce their feelings of guilt and lower their anxiety.

Besides all this, one of the most important goals is for the person to integrate passion in their life. You have to help them explore what makes them vibrate. We guide the person in a process of profound self-discovery in order for them to recuperate all the parts of their personality that got blocked over time. It is also important to teach them to rest and to take time for leisure without feeling guilty.

False Memory OCD can be very frightening, but it’s possible to overcome it. If you want to learn more about False Memory OCD or if you’d like to schedule a first visit you can call us: + 34 935 282 353 or write us at info@ipitia.com.

or write us providing us with your phone number and availability, and we will call you without any cost