A lot has been written about cleaning OCD, in fact it is one of the most known obsessive disorders. However, in the majority of the cases, the information about cleaning OCD focuses more on the symptoms of the disorder than on its underlying cause. That’s why in this article we’ll explore the cause of cleaning OCD, the effect it has on your daily life, and how to overcome this specific kind of OCD.

What is cleaning OCD?

Cleaning OCD consists in an excessive fear of contamination. People who suffer from it perceive and exaggerated risk of being contaminated or contaminating someone.

Normally there is something that needs to be “cleaned” or purified, such as obsessive thoughts related to contamination, accidents, or unwanted emotions such as anger, guilt, hate or grief.

People who suffer from cleaning OCD can have very frightening thoughts and obsessions. For example they can think that by holding the bar in the metro they can become seriously ill, or when they don’t wash the dishes “thoroughly or thoroughly enough” one of their family members can get ill and die.

In order to lower their anxiety they tend to have cleaning rituals which take them a lot of time to complete, and can cause them a high level of frustration.

The cleaning rituals can be very widespread, and can extend to personal cleaning, cleaning of the house, the environment, the car, and can even end up incorporating the cleaning of loved ones.

What is important is that to a person who suffers from cleaning OCD, the level of cleanliness is never enough. Even when they have cleaned something for hours and hours, they can’t feel satisfied with the result. This leads them into a vicious circle of continuous cleaning. 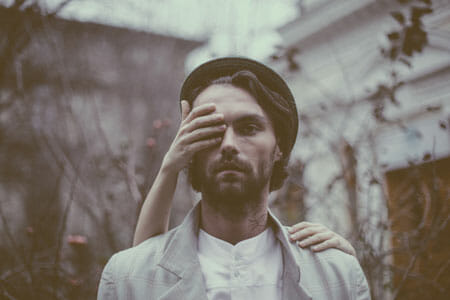 How does cleaning OCD affect your daily life?

Cleaning OCD causes the people affected by it to clean excessively. Their cleaning rituals can end up occupying their entire day. They clean their house and its different rooms for hours and hours, especially the spaces they perceive to be more likely to be contaminated such as the kitchen or the bathroom. They can clean the same spot several times or clean with aggressive cleaning products such as bleach.

There are people who have difficulties to leave their house, because they feel that they haven’t cleaned it sufficiently. When they are at work they get distracted frequently by thoughts about whether or not they have cleaned and organized everything “properly” and they feel guilty for possibly having contaminated somebody. Furthermore, they can also be preoccupied with their personal hygiene and cleaning rituals.

Personal hygiene and cleaning can become a source of great stress. Since we move through many different places, our body can end up being “contaminated” most of the time in the mind of someone who suffers from cleaning OCD. That’s why they can end up showering for more than an hour while employing a specific order for the different parts of the body, which if mistaken has to be repeated all over again. There are also people who feel that they have to wash their hands very frequently. They can wash their hands more than 40 times per day, leaving them wounded or with rashes. Others experience such a high level of anxiety that after having frequented “contaminated” places they have to wash their clothing when they arrive at home or even throw away their clothing.

Avoidance can have a very high impact on the life of someone who suffers from cleaning OCD. They can avoid “contaminated” spaces such as hospitals, public bathrooms, graveyards, public transport or even houses of friends or family if they consider them to be contaminated. There are also many people who suffer from cleaning OCD who avoid seeing or touching people or animals who appear to be sick, wounded or “unhealthy”. This can cause them problems when these people are close to them, since they can feel offended or hurt. In the same way they can avoid touching certain objects such as toilets, faucets, door knobs etc., in order to avoid “catching germs”. In some situations the person can even end up avoiding to leave their house or their bedroom.

They can oblige people in their environment to wash themselves more frequently, to wash their clothing when they get home, or not to walk bare-feet when they’re at home. In some cases they can even prohibit their cohabitants from entering certain rooms.

Cleaning OCD usually develops around infancy or adolescence and is caused by an elevated internal anxiety. Patients have frequently suffered from a lack of affection and/or interest from their parents, which caused them a great deal of insecurity.

Oftentimes the child has suffered traumatic events or prolonged periods of stress such as a separation from their parents, a sudden death of a loved one, constant fights at home, or emotional, sexual or physical abuse.

Sometimes the child grew up in an environment where they had to face a lack of personal boundaries. For example in the case when parents oblige the child to always keep the door of his room open. This causes the child’s identity to become diluted, which in turn causes them a high level of stress.

Some cleaning OCD’s originate in a physical separation of the parents (for example when the child lives in a boarding school or with family members because the parents can’t or don’t want to raise the child). The child experiences this as a denial of his being, which can cause him to grow up with low self-esteem and a lot of anxiety.

In other cases, the child grew up a highly strict, authoritarian, moralistic, punishing, castrating, and religious environment. A thick air filled with the smell of fear and domination, which has led to a collapse in the central nervous system. This collapse can be caused by the fact that the child has been unable to grow up in the natural and spontaneous way that distinguishes a child from an adult.

Cleaning OCD can also be based in “forbidden” emotions. People who suffer from it oftentimes feel very guilty about things that happened in the past which in fact were completely innocent (sexual explorations with other children, not having spent more time with their loved ones etc.). As adults they can feel guilty when they don’t want to be with their children all the time or when they want to do activities without their family. This can cause them to become more and more involved in the routine of their family while they would most likely need the contrary.

Other people with cleaning OCD can experience emotions such as anger or hate towards people they supposedly ought to love such as brothers and sisters, children, parents or partners. There are others who feel “forbidden” sexual desire towards someone else than their partner. They interpret this as something similar to already having cheated on their partner. Since these emotions cause them to experience a great sense of guilt, they can start to clean in order to symbolically clean themselves from what they interpret as a “sin”.

Sometimes cleaning can be the only thing the person feels they have some control over. Since it has an instantaneous positive effect, it can help (at least temporarily) to raise their self-esteem, until everything becomes dirty again. Others might feel undervalued by the people in their environment, for example if they are stay-at-home dads or moms. However, this has a lot to do with the fact that they are actually not happy with the way they’re currently living their live. In this case cleaning constantly serves the role of impeding the person from leaving their house and fight for their wishes and dreams, which can be more frightening.

Another very important factor is that many people with cleaning OCD haven’t been able to develop themselves according to their own nature, due to the expectations or the mentality of their environment. This can cause the person to become an extract of themselves, and not to chase their dreams and wishes. This is an important factor to work on in the treatment for cleaning OCD.

How can one overcome cleaning OCD?

In order to cure cleaning OCD it is very important to help the person to get in contact with their nature again and find their center. We help them to overcome the rigid rituals they created in order to survive, so they can start to live a bold life filled with passion.

Furthermore, it is essential to help the person to process their traumas and free them of any guilt they might experience with regard to the past or present.

It is also important to help the person conquer personal goals and to unblock their collapsed central nervous system. To help them be able to express their repressed dreams and wishes. We strengthen them so they feel secure enough to live a more independent life, while engaging in hobbies and leisure activities that motivate them, in order to recuperate their lost self-esteem. In this way the person can free themselves and in some occasions their environment.

We work on establishing better boundaries for themselves and their environment in order for them to be able to recuperate their identity and strengthen their psyche.

In order for the person to be able to free themselves from suffering, we also aid them in becoming more flexible. This helps the person to judge themselves in a less severe way for the fact that they have (negative) emotions and dreams.

Finally we help the person to accept themselves and to achieve a full and fulfilling life.