How to overcome OCD: breaking beyond the limits of therapy 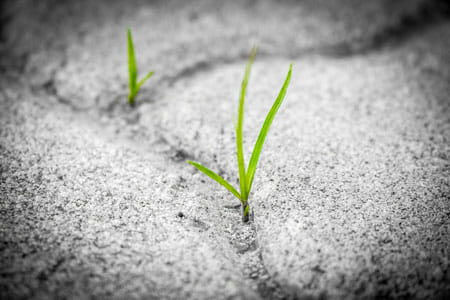 How to overcome OCD: breaking beyond the limits of therapy

By typing the acronym OCD into a search engine many descriptions of the disorder will appear, nearly all of which reference exclusively obsessions and compulsions. Some of them go a bit further and talk about the consequences on people’s lives which a person who suffers from this disorder can expect; such as the deterioration of their social and work life, or the frequent despair and sadness which accompanies it, which many times is lived in “secret”.

The real cause of OCD

However, almost none of these sources mention anything about personality and the OCD sufferer’s past. If it does, it mentions it as some kind of secondary factor which simply leads to a non specific rigidity or need for control. In modern psychology it appears that what cannot be measured or weighed, what can not be boxed into a reproducible protocol and estimated with scales, is devalued.

What does such a perspective of the problem translate into? What does this rigid (masked as scientific) way of relating to clinical disorders mean for a therapy which aims to heal OCD? In many cases, it requires great effort, but gives little results.

Despite having a background in clinical neuropsychology and in cognitive-behavioural psychology, and being very thankful for it, since I have started working with patients who suffer from obsessive disorders my conviction has changed. I have developed the strong belief that for there to be improvements which are significant to the patient it is necessary to make the therapy much more flexible and break the established limits and the strict protocols.

How can we even try to slacken a rigid mind… by being so rigid ourselves?

A person who suffers from OCD usually spends hours ruminating and debating ideas in the prison of their mind, or establishing strict behavioural protocols which supposedly reduce the anxiety related to an obsessive fear. So… why try and give more structure to a mind which is already saturated?

How can we ask a patient to think differently when their capacity to think clearly is what is the most affected part by the deeply rooted anxiety?

Without reducing the previously mentioned anxiety, the cognitive work will not bear results at all and preventing a response (not doing the ritual) will not translate into a bettering of their mental state, but in a tedious fight against their own mind.

Eliminating pathology instead of reducing symptoms

Reducing anxiety in a case of OCD requires working with those aspects which have nothing to do with cognition: primary instincts and drive. If we do not canalize aggression, sexual energy, passion, desire, creativity, imagination, sensuality, the organism will have no other recourse but to reiterate thoughts and behavior. When we do so, anxiety is reduced, and the obsessions and the compulsions reduce progressively in intensity as well as frequency. The consequence is that the person starts to live instead of thinking, and almost by themselves starts to introduce more adaptive thoughts and behaviors.

We, as therapists, if we limit ourselves to teaching how to deal with thought and behavior, we are not doing anything more than reproducing the pattern of control and rigidity which characterizes OCD. We are trying to fix the broken piece… using the same broken piece.

The AFOP method (Drive Activation and Focalization, Damián Ruiz, director of IPITIA) breaks with the limits of cognitive therapy, with the unwritten rules of an aseptic relationship between patient and therapist, with the simple dialogue between two logos and with the implicit conviction that OCD can be managed but never healed.

I am intimately convinced that breaking with those limits, getting deeply involved, going beyond what is habitual is not only important, but it is indispensable to reduce obsessive symptomatology. If we want to patient to dare leave the mental prison which OCD represents, the therapist needs to break free from established protocol. And this is what we do, with excellent results, every day in IPITIA.

How to help yourself overcome OCD

Why did those who beat OCD overcome it?