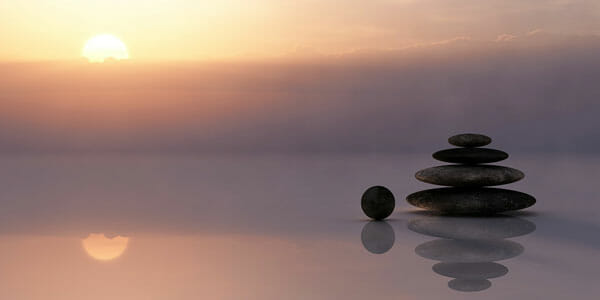 One of the questions that most beginners in Mindfulness ask me is: What is the difference between Mindfulness and Meditation? Aren’t they the same? This is a perfectly legitimate question since there is quite a lot of confusion around the subject and at the same time the two concepts actually overlap each other.

Many good books and articles have been written about the subject but if I would have to explain it in my own words I would define it as follows: Mindfulness is a state/trait that one reaches through the practice of Meditation. Mindfulness, according to the definition of John Kabat Zinn, is the consciousness that rises when we deliberately direct our attention to the present moment, without judging it.

So the author, who was the main person involved in spreading Mindfulness in the occidental world, defines it as a state of consciousness (which with practice can convert itself into a personality trait), a state of being aware in the present moment which can be more or less prolonged over time.

This state of consciousness, like we said before, can be reached through meditation, which is the relation between the two concepts.

According to Gurantana (2002), the meaning of Mindfulness cannot be captured in words, but only experienced. He explains it is a subtle and nonverbal experience, and as Vallejo (2007) says so well all the practice of Mindfulness involves some kind of meditation. This is the reason why in so many articles about Mindfulness the words Meditation and Mindfulness are used interchangeably, which sometimes generates some confusion.

According to Coutiño (2012), you can first manage to be present with your experience during the practice of meditation, and later on in a more extended way in our daily life (from state to trait).

Cebolla (2009) also considers that “Meditation is one of the ways to train Mindfulness, the most important but not exclusive way, and that the final goal is to generalize Mindfulness to all areas of your daily life, converting any activity (washing the dishes, engaging in sports, sex, etc…) in moments to be aware of our experience without judging them, and thereby converting them into something unique”.

Something that we can all easily encounter is the abundance of incorrect ideas about Meditation, which logically distorts the understanding of Mindfulness. The word Meditation entails a series of concepts to many people in the occidental world seem difficult to integrate in our daily lives.

Many times I’ve heard people saying things like “that’s something for Buddhist monks”, “I don’t have time for that”, “I never manage” etc…, which are obviously based on misunderstandings.

That’s why before I finish this article I’d like to present you with clarifications regarding the most common false beliefs about meditation by Siegel, Germen y Olendsky (2011).

So I hope that after reading this article the word Meditation won’t scare you anymore. To be Mindful is a skill every human possesses. It is an ability that provides us with many benefits and that only needs to be trained in order to reap its harvest.

Most people who I know who practice Mindfulness (including me) have a fulltime job; they travel, participate in nightlife, and do other things to enjoy themselves. Mindfulness doesn’t prohibit these activities, it actually improves them!

Liquid Modernity and its role in Neurosis