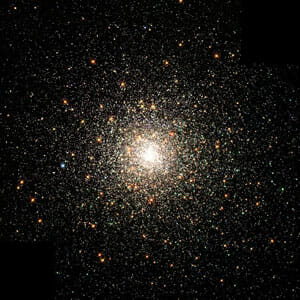 In some of the articles and information on IPITIA’s website, I have written that the efficiency percentage of the AFOP methodology in the treatment of OCD is substantially high. However in some cases, we still find certain levels of resistance not letting us be fully satisfied.

That is why we are still researching what those factors may be; one of those is what is called psychic space. A non-physical space inhabited by the patient and that is fundamental in his or her healing process.

I would like to explain what are the motives that let me to that conclusion.

We encourage many patients that come to IPITIA for OCD treatment, in some cases severe and chronic, to start some activity that will awaken their blocked primal instincts. Ones that were blocked in some moments of their childhood or adolescence by inhibition and fear.

It may not be enough but it is indeed necessary. That’s what I call “warming up the engine”. A process of activation has begun that will later on will be applied to the day-to-day of each patient. And therein must lie the ability of each therapist to achieve the connection between instinct, life and later , each person’s core.

But we started to notice that there were some patients that even after having made all the changes we had asked of them were still trapped in an obsessive loop. This happened regardless the obsessive content (fear of being homosexual, of assaulting someone, being a pedophile, losing one’s mind, etc.). On the other hand, others evolved quite rapidly. What was it that made the difference?

This is what is called psychological space.

What does this space consist of?

If the physical space is the places we inhabit, its climate, the size of our home, its decoration, the surrounding vegetation, the population density, etc. the psychic space would be the influences exerted upon us, those in our closest environment and also those that influence us through tradition and culture.

It is quite common in obsessive compulsive patients to keep receiving the messages, attitudes, observations and nonverbal communication of those that at some point blocked their spontaneity. In other words, how can somebody be liberated from their cage if everything that surrounds them reminds them of that cage?

Liberating yourself from the cage

Let us imagine that the familial, working and ideological environment of a patient with OCD has been made conscious of the psychological distress of the affected. This environment reduces its invasive and controlling attitude, but in reality this situation may remain latent and implicit. It just does not manifest itself directly. That is why the patient can’t get out of such a situation.

For example in the case of tyrannical and highly moralistic parents that adopt a respectful attitude, because they have to, towards their son or daughter who is suffering from OCD. However in reality nothing changes. The child will keep on perceiving the need for control, the sense of personal invasion, the lack of individual liberty. Therefore, this child will not be able to activate the blocked instincts from the past (by a series of circumstances which I’ve talked about in other articles) and it will seem like he/she is doing everything they can to get out while in reality they are still trapped within a cage.

Here are some examples. There are two types of personalities, apart from the rigid controllers who block any liberating action that may let the obsessive break out of the loop:

Why does the patient need to get out of the inhibiting psychological space?

If the instinctive nature of the patient is activated, if a process of personal transformation is initiated, if the patient connects more and more with his or her natural essence but the environment stays the same, we may find that the patient enters and exits from the obsessive loop repeatedly, condemned to fight against the influences, sometimes very subtle, of the environment.

The patient’s own beliefs, sometimes anchored in moral obligations without much sense beyond the fear of individualization, are the potential allies of a restrictive setting.

How does a patient get out of a negative psychological space?

By literally getting, physically, out of it.

Sometimes the effort to transform such space requires so much energy that it is preferable to just leave. It does not need to be in an abrupt or aggressive manner, but simply getting enough physical distance so as not to have to suffer the direct influence of that environment.

Relocating so as to be able to start getting out of the loop and apply in a new life all that has not been possible to activate during therapy -drives, instincts-; retrieving the connection with the real Self and not with a personality which is over adapted to the space in which the sufferer resides. All this is necessary.

And, what happens if the patient cannot distance him/herself physically from the physical environment?

Then there will be no other solution than building a strong identity that is not vulnerable to moral and behavioural judgement, but without wasting any energy in trying to convince others and or trying to transform the so called environment.

To do so it will be necessary to listen to one’s inner truth, it will require knowing what lifestyle that person wants to live and how to ignore the guilt that the environment emits, explicitly or implicitly, each time the affected tries and act of freedom.

Here are some questions to reflect on:

My answer to all these questions is YES but to do so energy has to invested, not in convincing others but in structuring and habituating oneself to act this way until we can integrate it as a lifestyle. This is the only way you be liberated from a negative psychological space.

Overcoming an obsessive disorder implies, sooner or later, a change in life, external or internal, but this is always through revolution.

The Fear of being gay, HOCD.

Why did those who beat OCD overcome it?